Each year the HRA awards trophies for our club’s various competition championships and we honour those who have done well in competition or have contributed in an important way to the club or our events.

Honour Boards have traditionally been grand timber affairs… but that’s hard to do on a web site. Congratulations and thank you to all those people listed.

Our annual trophies have a strong tradition. Find out about the trophies and awards we make each year.

The clubs rally championships have been popular and closely contested since their introduction in 1994. There are five championship categories and both drivers and navigators are awarded championship trophies.

The club introduced the “Standard Car Challenge” in 2014. This has proven popular and has become a “fully-fledged” HRA competition class and a regular annual championship.

HRA Touring Championships were introduced in 2000.

The Alpine Rally, first held in 1921, is run biannually by the HRA. This is a full list of Alpine Champions.

From 1998 to 2006 the Victorian Rally Championship included an annual award for Historic Rally Cars. HRA members did well in this class… 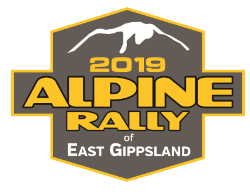